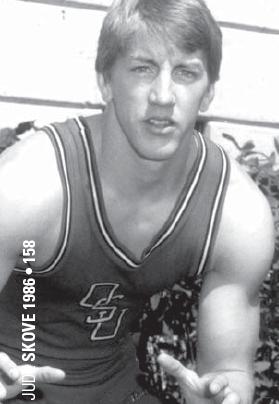 A member of the legendary Skove family, Jude became the first wrestler in Shore Conference history to win a Division 1 National Championship when he defeated top-seeded Greg Elinsky of Penn State, 5-2, in the finals of the 1986 NCAA National Championships.
His National Title capped one of the most successful careers in Ohio State's storied history.  A three-time team captain, Skove to this day remains in the Top 5 all-time for the Buckeyes in career wins, falls, and backpoints registered. In recognition of his career achievements, Skove was inducted into the Ohio State University Athletic Hall of Fame in 2001.

Any suggestions, questions, or feedback?